Since Viscon Japan  company founding, we have exhibited at  exhibition Chinaplas every year. Booth image color 0f Viscon Japan Green color is familiar to everyone who attended exhibition.

Chinaplas 2021 Shenzhen was held in Shenzhen, in China
from April 13 to 16 , even under the situation of covid-19 pandemic
around the world.

(Note: Viscon Japan brand is displays as Viscon Japan in Japan, any place in the world, and any place, except in China.)
Only in China, the alphabet ABC is not familiar to Chinese people,
and according to China regulation that should be described in
Chinese letter company name.
Therefore,  there is a Chinese company name to be used only in China.
The Viscon Japan brand is widely recognized by The Chinese as
a market leader brand for viscosity controllers as 得水日本. 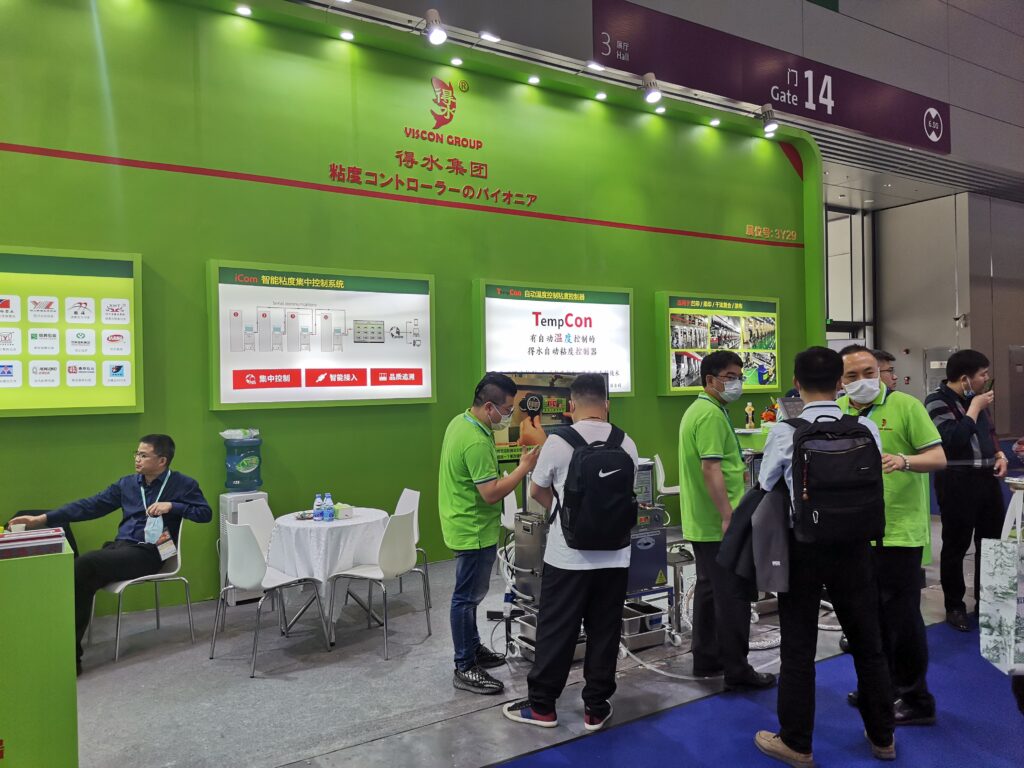 Viscon Japan brand viscosity controller that started exhibiting at
Chinaplas Guangzhou in 2015 and has been exhibiting continuously every year.

Mr. Itagaki, called ” Dr. Viscosity controller ”, R&D manager of  Viscon (Japan) Corp.
was also forced to take a three-week quarantine when he arrived in Shanghai
from Osaka Kanku Airport at the end of December last year.

Unlike the usual Chinaplas,
Chinaplas 2021 Shenzhen was 99% of visitors from China.
We had been predicting it even before the event, so  Mr.Matsuoka,
President of Viscon (Japan) Corp., who is in Japan due to covid-19,
also cancelled the participation and asked the Chinese staff to do their best
exhibition Chinaplas Shenzhen. 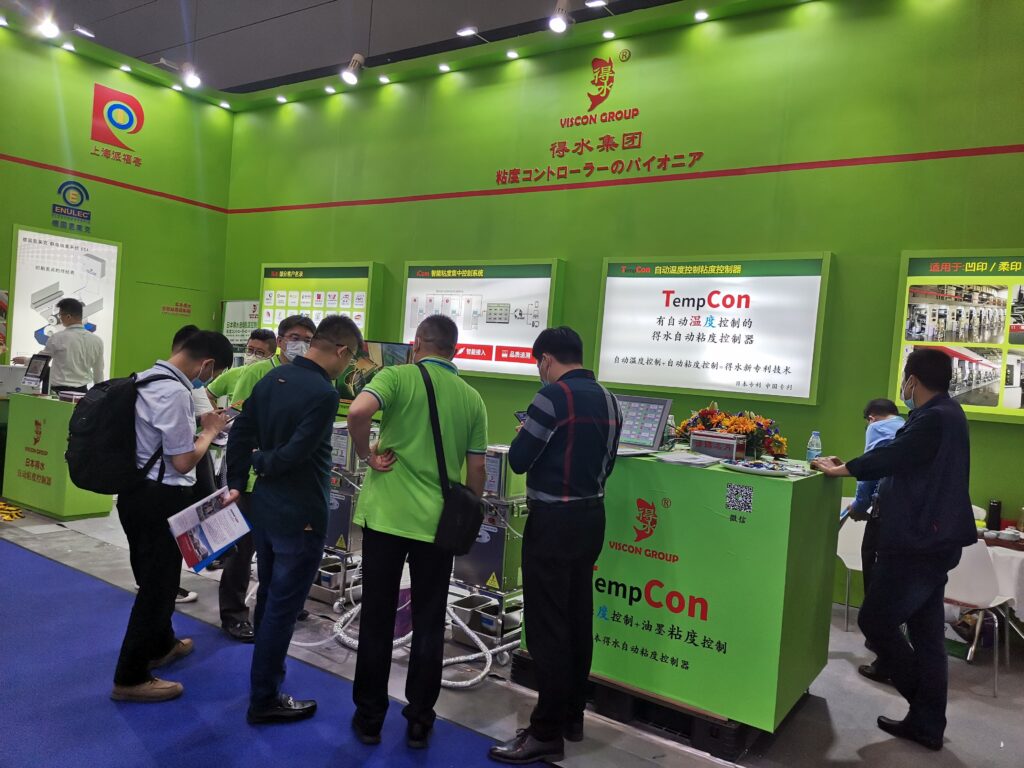 Since 2015, Viscon (Japan) Corp. has been evaluated as
a “viscosity controller that does not fail”
by customers (gravure printing, flexo printing dry laminate)
with the latest patented technology.
(Chinese brand name:  得水日本)

Viscon Japan patented technology that has received
a good reputation from ” development worth more than the price ”
and customers (gravure printing, flexo printing, dry laminate)

In 2015, the development of this iCom system had already been completed.
But at first reliable viscosity controller without breakdown by Viscon Japan
newly R&D patent technology should be recognized to all the international
users,  iCom system display at exhibition was postponed until 2018.
Display at exhibition of  iCom system start from Chinaplas Shanghai in 2018
because the value and evaluation of the iCom system with data communication function is also easy for customers to understand.

Viscon Japan viscosity controller with temperature control function “TempCon”.
In order to achieve higher accuracy management, we have developed
a system that can both heater (heat) liquids (inks and adhesives) and coolers (cool) as temperature control.

Viscosity controller with this temperature control function “TempCon”
(patent pending PAT. P.) was actually being developed at Chinaplas Guangzhou in 2019.

In this way, viscon (Japan) Corp. announced its latest development technology
to the market two years later than planned.
Patents have also been filed in Japan and China,
and the Japanese patent application number is

Since Viscon (Japan) Corp. which has always presented the latest
development technology to the market since 2015,at chinaplas,
the its booth famous for Viscon Japan,
Viscon green color booth is always crowded with many customers.

Following the patented technology and new R&D of Viscon Japan.

This time, temperature is also controlled for more accurate viscosity control
to meet customers requirement.
Viscosity controller with temperature adjustment function “TempCon”
(patent pending PAT. P.) was shown at exhibition.
It was an official announcement at Chinaplas 2021.
Patent Application No. 2021-059326 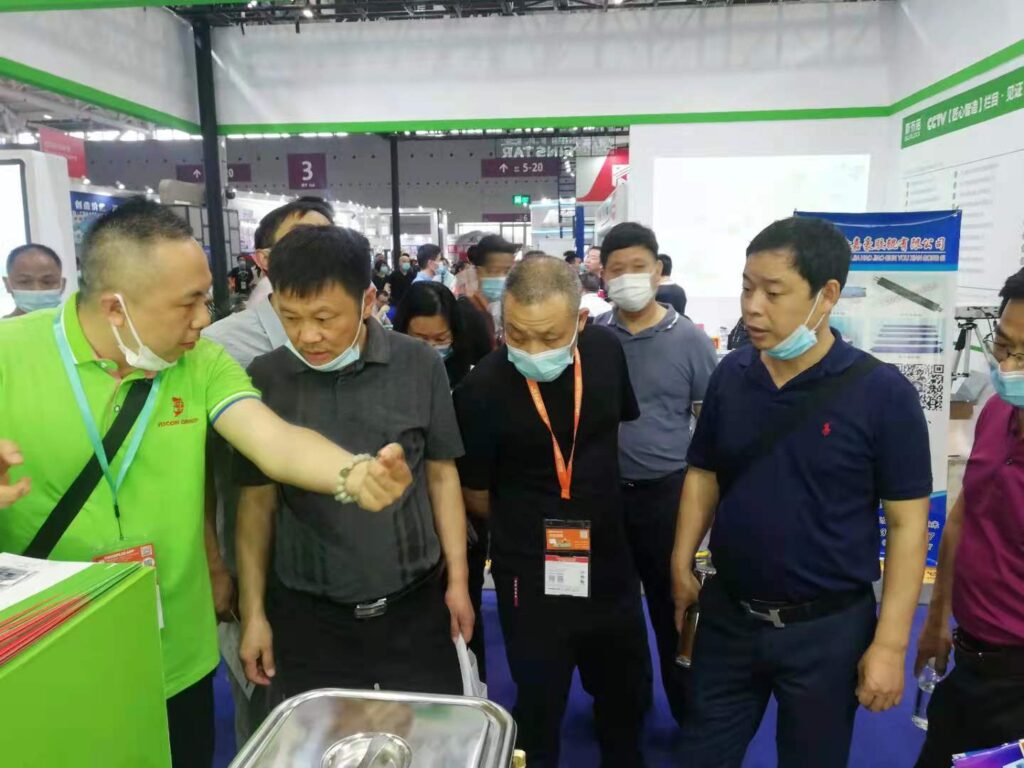 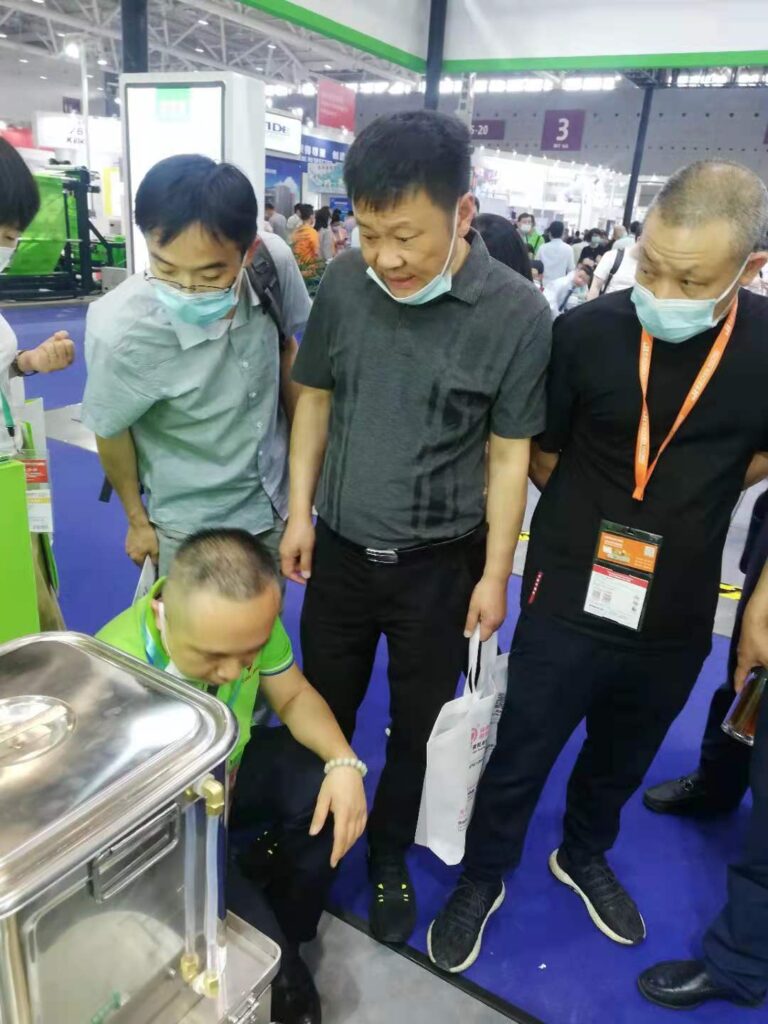 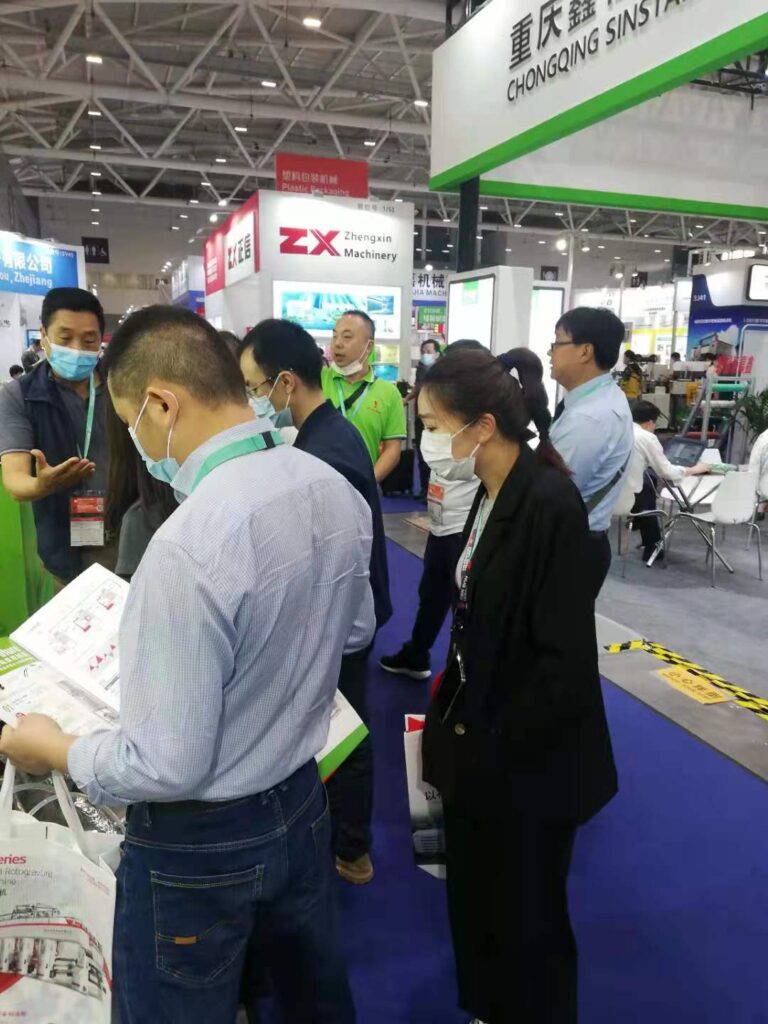 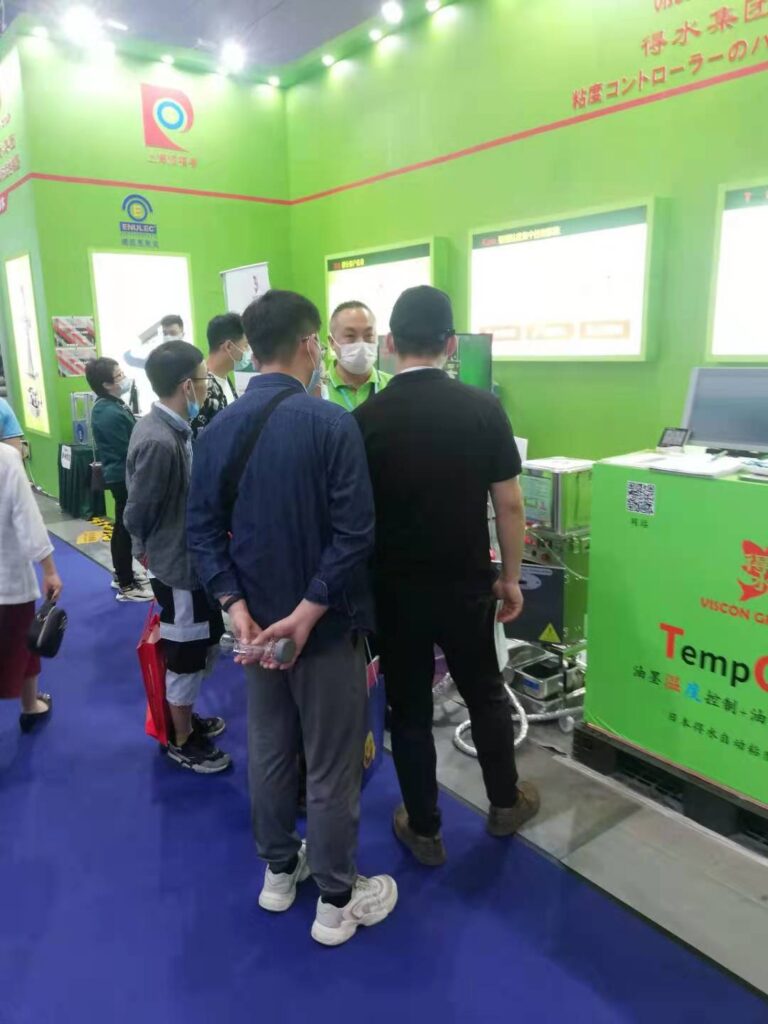 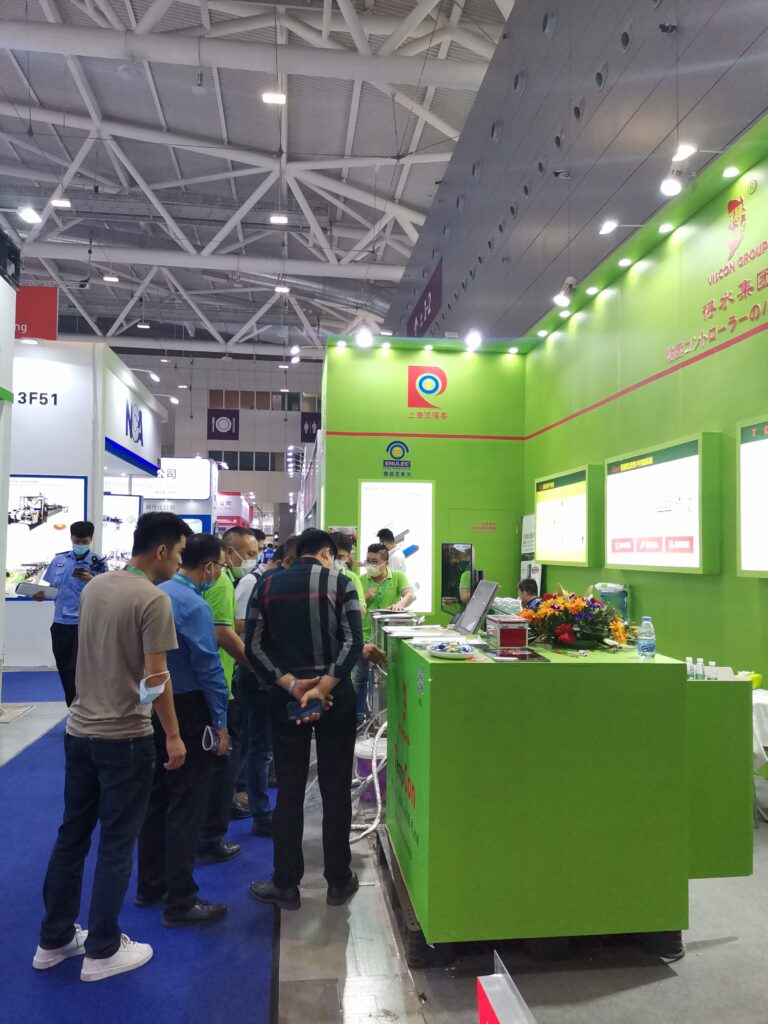 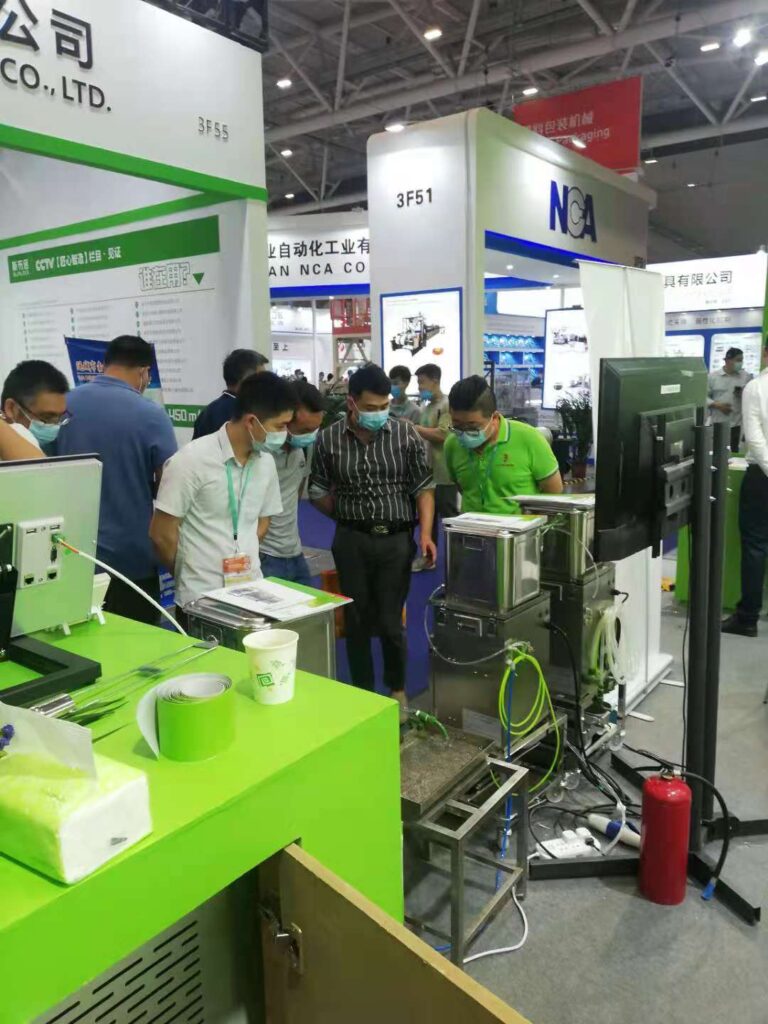 Patent technology newly developed by Viscon (Japan) Corp.,
(patented PAT. P), as is clear from the previous examples,
the development of Viscon (Japan) Corp.
which is constantly researching development trends from other companies
in the same industry in Japan and overseas, will force efforts not to show details at exhibitions. (Wry smile)

What is viscosity controller by Viscon Japan ?